MANILA -- A contributor of Forbes magazine cited the latest run-up of the Philippine Stock Exchange index (PSEi), saying markets have noted the strength of the domestic economy.


In his article titled Duterte's Rating is Rising published on Forbes magazine on October 10, he said the main equities index increased by eight percent in the last three months and by 0.68 percent last Monday, when the main index posted a new high then at 8,367.38 points. * 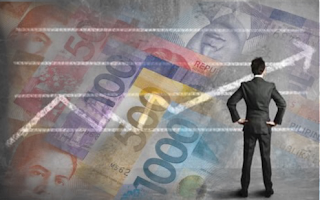 The following day the main index registered another record of 8,398.04 points.


"Philippines equity markets do not seem to be concerned about a big drop in President Rodrigo Duterte's approval rating in a recent SWS (Social Weather Station) survey - from "very good" 66 to "good" 48," he said.   Mourdoukoutas attributed the rise in the index to sustained rise of the domestic economy.


"And Duterte's economy has been doing great recently, ranked the world's 10th fastest growing economy in the world in 2017," he said referring to the World Bank's 2017 Global Economic Prospects report, which eyes a 6.5-7.5 percent expansion for the country this year.


"That's almost twice the country's long-term growth," he said.   In the first half of this year, domestic growth, as measured by gross domestic product (GDP), grew by 6.4 percent, slightly lower than the government's full-year target of 6.5-7.5 percent.


In the second quarter alone, GDP rose by 6.5 percent, higher than the previous quarter's 6.4 percent.


Mourdoukoutas said "Duterte has something to do with the economy's strong performance."   "He has maintained a stable macroeconomic environment of low inflation and low debt to GDP ratio, which has helped sustain a healthy domestic demand growth," he said.


The Forbes contributor said the strong performance of the PSEi amid the drop in the President's ratings "is in sharp contrast to last year's reaction to Duterte's flip-flops over South China Sea, when the main market index lost 7.2 percent over one month period." *


"Apparently, investors have been shifting focus from geopolitics to domestic economic fundamentals, and they like what they see: a vibrant economy, defying the on-going political turnmoil, at least for now," he said.


Mourdoukoutas, meanwhile, pointed out that "trouble is that corruption, the old villain, is still a big problem in doing business in the Philippines," citing the recently published World Economic Forum Report (WEFR).   He said this "should be a major concern for the future of the Filipino economy."


"Corruption and political oppression killed economic growth in the past, and they will kill it again, if they continue to spin out of control," he added.
report from PNA.gov.ph (Forbes writer cites Duterte factor in PH econ) 10/12/2017